Pregnant After Sterilization – Clips Were Used 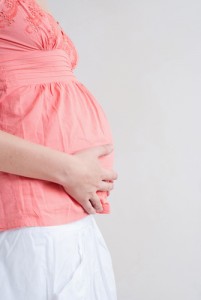 Perspectives change and people grow. What sometimes seems ideal at a point in time in a woman’s life may seem totally different when things and situations change. That is the case for women who decide to reconsider their family options.

Is it too late?

What factors influence the success rate of a reverse sterilization procedure?

There are different forms of tubal ligation. The type of procedure performed determines the likelihood of success in becoming pregnant after having reversed. Procedures where clips are used will have a better success rate than some of the other types of sterilization methods. The woman’s age also plays a role as well. Most physicians would rather avoid performing the reversal procedure on a woman over the age of 40 because of lower chances of conception. The quality of the initial procedure affects the woman’s chances of conceiving after having it reversed. If a woman’s initial procedure is flawed, there may be a lower success rate for conception after reversing sterilization. The woman’s reproductive health does have an impact on the person’s health. A medical history of pelvic inflammatory disease or endometriosis could cause conception problems with some women. The quantity of available eggs available factor into the woman’s ability to conceive after the reversal is done.

What are the odds of conceiving after having the procedure?

The odds for conceiving are actually pretty good for women in good health in their 30s. In a Chapel Hill report, the pregnancy rate was 66 percent among women who had variations of a sterilization procedure. The success rate was highest at 72 percent among women who had clips used in the sterilization procedure. Here in Nottingham, UK, Mr Dobson has a pregnancy rate of 84% and a live birth rate of 76%

The procedure can be easily reversed. A highly trained professional such as Mr Dobson will initially have a consultation with you and assuming you wish to proceed, can perform the procedure and you can begin trying to conceive your child. Many couples go on to successfully conceive within a year of reversal. The reproductive health of the woman plays the biggest role in the woman’s ability to get pregnant after sterilization clips are removed.
The only way to know for certain if it is possible to reverse the procedure and conceive later after doing so is to consult with a physician. Women should consult with a specialist to review their medical history.