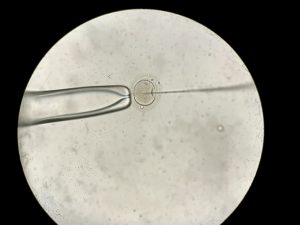 Is IVF after Sterilisation the Answer?

Many women think that IVF after sterilisation is the only option to have a baby. Since the first test-tube baby in 1978, IVF has become a main stream fertility treatment available on the NHS to a few and privately to many. However, IVF does carry risks and complications from reactions to the fertility drugs, ovarian hyper-stimulation syndrome and risks of egg collection for example together with increased emotional strain, psychological stress and depression.

The success rate of IVF depends on the age of the woman undergoing treatment as well as the cause of the infertility (if it’s known). Younger women are more likely to have healthier eggs, which increases the chances of success.

In 2008, the percentage IVF treatments that resulted in a birth (the success rate) was:

Price of IVF after Sterilisation Treatment

On average, one cycle of IVF costs from about £7000. However, this price varies from clinic to clinic and there may be additional costs for medicines, consultations and tests.

It is possible to have IVF in some areas of the UK via the NHS but there are strict guidelines for suitability and long waiting lists. It is not sure whether a sterilization procedure would be an acceptable clinical condition to allow for funded IVF treatment.

A 33 year old, sterilised in 2006 with clips. Had 2 previous children and now with a new partner. Reversal of sterilisation performed in June this year. Just let us know she is pregnant having had the 6 week scan and all is well.