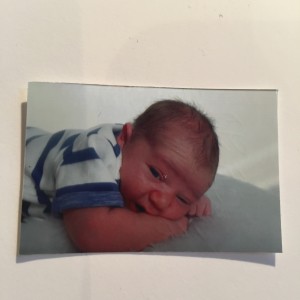 R originally came along to see me to discuss a reversal of sterilization back in March 2011 and then underwent the procedure later that month.

She achieved a pregnancy in May 2011 but unfortunately this sadly ended in a miscarriage at about 7 weeks. In March 2012, a HSG (X-ray of the tubes) was performed which reported an open tube on the left side and an open but slow fill on the right side.

In September 2012, R was still not pregnant and so we started  onto a low dose fertility treatment to try and help. She achieved a pregnancy in the next cycle but unfortuantely miscarried again. She also informed me at that time that she may have had 2 other early miscarriages as had had positive pregnancy tests. R then went on to achieve another pregnancy but this was really only a chemical pregnancy this time around. At that stage, in conjunction with her very helpful GP, we decided to review everything as she was clearly now having recurrent miscarriages.

Investigations into the cause of the recurrent miscarriages did not show any specific abnormality and we continued with her treatment. She fell pregnant again in December 2013 and had yet a further miscarriage. We talked through the situation again in clinic at that time and R was still keen to continue to try for another pregnancy despite everything she had been through. We covered her again with various treatment options and I am delighted to say that she achieved a further pregnancy and has finally gone on to deliver a much wanted baby boy!

It is wonderful that we have been able to help this lovely lady achieve her so desired outcome and we wish her lots of luck or the future. Thank you for sharing your picture of your baby boy with us and we are delighted for them both.